Sleeping more hours at night can help you lose weight

It has been observed that the increased prevalence of obesity in the population coincides with the decrease in hours of sleep that has been taking place in society in recent decades. It is known that sleeping less than 7 hours per night has repercussions on health and constitutes a risk factor for the development of obesity. Short sleepers increase their energy intake by 250-350 kilocalories per day but with little or no change in energy expenditure, resulting in weight gain. For these reasons, a study has been published in JAMA that evaluates the effect of extending sleep helps to lose weight.

The relationship between sleep and weight hours

This study included 80 people who were divided into two groups: a control group with 40 overweight people who slept less than 6 hours and a half per day and an active group, with the other 40 people with the same characteristics but who were extended the sleep duration to 8 and a half hours.

The study took place over two weeks. It was found that in the sleep extension group, energy intake decreased significantly (-270 Kcal/day) compared to the control group. In this sense, for each hour increase in sleep duration a decrease in energy intake of 162 Kcal/day was observed. Regarding weight, in the group of people who prolonged their sleep there was an average reduction of 0.87 Kg, while in the control group weight increased by 0.39 Kg.

In summary, sleeping 8 hours and a half a day can be very beneficial for people with obesity to help them lose weight. However, this study only lasted two weeks and it is not known whether this effect will last over time. On the other hand, given the high incidence of fatty liver disease in the general population (20-40%) and its frequent association with overweight, it would be very interesting and appropriate to carry out a study evaluating the possible benefit of sleep extension in this disease.

Vaccine against covid-19: duration of protection and the need for reinforcement 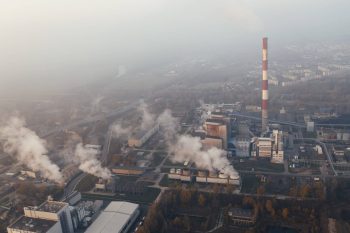