Side effects of vaccines against COVID-19

Side effects have been described in vaccines against COVID-19, in this article we analyze the most important ones.

In addition to the data from clinical trials on the side effects of vaccines against COVID-19 (Pfizer, Moderna, AstaZeneca and Jansen), these data are also being collected in patients who are being vaccinated (between December 2020 and January 2021, 13,744,904 vaccines have been administered), so the information in this regard is very important.

84% of vaccinated people have a local reaction at the injection site (pain, redness and swelling). These local symptoms can appear up to two days after receiving the injection and last for a day or two.

77% of those vaccinated have at least one of the following symptoms: fever, fatigue, headache, vomiting, diarrhea and muscle aches. These symptoms usually appear 1 to 2 days after injection and persist for 24 hours. In the case of the Pfizer vaccine, these symptoms occur more frequently in the administration of the second dose, while with AstraZeneca they are more frequent and more severe in the first dose than in the second.

Symptoms that appear with delay

With the Moderna vaccine, local reactions have been observed 8 days after the first dose in 0.8% of cases. These late symptoms appear in 0.2% of people who receive the second dose. There is redness in the area of ​​the puncture, hardening and increased sensitivity.

These reactions resolve within 4 to 5 days. Itching, pain, local increase in temperature, burning sensation, swelling, tiredness, muscle aches and chills may also appear. With the second dose, half of the patients who presented late reactions with the first, suffer them again but with a shorter duration (about 2 days).

People with a history of allergies

In people with a history of allergies on rare occasions after vaccination, a serious allergic reaction known as anaphylaxis occurs that appears within minutes or hours. Among 1,8903,360 people who have received the Pfizer vaccine, anaphylaxis has occurred in 21 cases, which represents an estimated frequency of 11.1 cases per million injected doses.

Anaphylaxis is diagnosed by the appearance of shortness of breath, a sensation of a closed larynx, and the development of hives. 81% of people who suffered anaphylaxis had a history of allergies or allergic reactions to medications, foods, or insect bites. It is controlled with a drug called epinephrine.

Cases of thrombosis in vaccines against COVID-19

With regard to thrombosis, cases have been described with all vaccines but with a frequency equal to that of the general unvaccinated population, so it cannot be linked to the administration of vaccines, as confirmed by the European Medicines Agency.

Finally, it is important to note that among the millions of people vaccinated to date, despite the side effects associated with vaccines against COVID-19. No case of death attributed to vaccines has been reported. 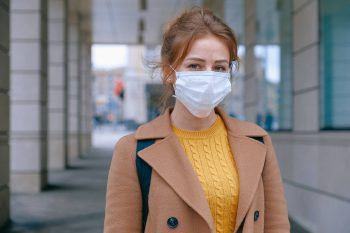 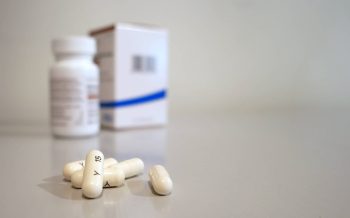