The enigma of acute hepatits of unknown origin in children

In mid-July, an opinion article written by Dr. Vicente Carreño on severe acute hepatitis in children was published in Biotech Magazine & News.

In April 2022, the United Kingdom reported 10 cases of severe acute hepatitis of unknown origin in children under 10 years of age. Since then, the number of children with the disease and the number of affected countries has been increasing, so the World Health Organization, the Centers for Disease Control and Prevention and the European Center for Disease Prevention and Control (WHO, CDC, ECDC) issued a health alert on this hepatitis of unknown origin in children. As of July 8, 1,010 cases and 22 deaths have been reported in 35 countries.

The clinical symptoms presented by these children are similar to those that occur in acute viral hepatitis. In the UK, 74% of cases had jaundice, 72.8% vomiting, 58% pale stools, 47.4% diarrhoea, and 39.5% nausea. Fever was less frequent (29.6%). However, the percentage of liver transplants in these children (5%) is much higher than that of acute viral hepatitis (1%).

As its name indicates, the causal agent of this hepatitis is unknown, but various hypotheses have been postulated.

The presence of Adenovirus has been detected in approximately 47% of the 447 cases in which the existence of this virus has been studied in serum, whole blood, plasma, urine or stool samples. It has been found that the Adenovirus present in the majority of these positive samples is serotype 41F. For this reason, some scientists support the theory that this virus is the cause of the disease. Furthermore, since most of the adult population has been in contact with Adenovirus and therefore may have protective antibodies, this would explain the fact that this hepatitis only occurs in children. However, in our opinion, it is unlikely that Adenovirus is the agent responsible for the disease, since Adenovirus infection is very common in childhood and therefore can be detected in children with or without hepatitis. Furthermore, in children with normal immune function, Adenovirus infection produces mild disease and has not been reported to be associated with hepatitis. Finally, this Adenovirus has not been detected in most liver biopsies of children.

On the other hand, it was suggested that the hepatitis could be due to the coronavirus vaccine, but the hypothesis was ruled out because the children had not been vaccinated.

Some authors have proposed that this hepatitis is related to coronavirus infection. However, the determination of serological markers of SARS-CoV-2 has not been systematically performed and the presence of the virus has only been detected by PCR in 16% of the children studied. Even so, it has been suggested that the causative agent is the coronavirus since this virus can persist and replicate in intestinal cells, stimulating the immune system that would respond excessively, giving rise to autoimmune hepatitis. Although autoimmune hepatitis has been ruled out in affected children, the hypothesis of the persistence of SARS-CoV-2 should be demonstrated by monitoring the children and determining the presence of coronavirus by PCR in their stools (a study that, as far as we know, has not been done).

Research has also been carried out to determine if this disease could be caused by toxic agents, although no metals or organic or volatile substances have been detected that could be involved in its development. The presence of Paracetamol has been found in some samples of affected children, but the drug had been administered for therapeutic purposes and below toxicity levels. On the other hand, Fluconazole has been detected in other children and its possible significance is being investigated. Finally, mycotoxins have also been studied as possible causal agents, but their presence is similar to that found in healthy controls.

For all the reasons mentioned, the true cause of the disease continues to be unknown. The presence of cases in a significant number of countries around the world seems to indicate that it is an infectious agent, although it is disconcerting that the spread of the disease is so slow (only 1,010 cases in 3 months). Therefore, it is necessary to continue investigating blood, stool and liver tissue samples from children to try to identify the causal agent.

President of the Foundation for the Study of Viral Hepatiti 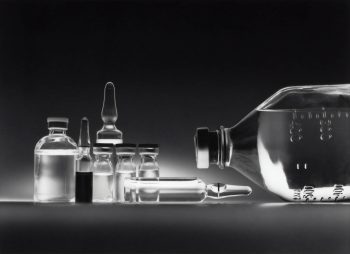 New treatment for Hepatitis B with vaccine 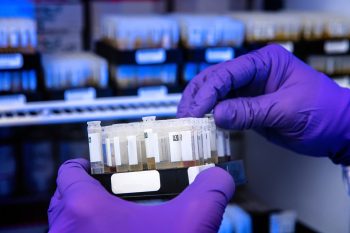