A very interesting article about the Delta variant of the coronavirus has been published in the journal Nature. This variant was first described this year in India between April and May. Since then it has spread throughout the world, including Europe and the United States.

The incidence of the Delta variant in the United Kingdom has led the British government to delay the relaxation measures that were scheduled for June 21. This gives an idea of ​​the importance of this variant due to its ease of spreading among the population. Thus, it is known that the Delta coronavirus variant is approximately 60% more transmissible than the Alpha variant (the English one), which was the most infectious variant so far, and 97% more contagious than the original virus. That is why in the United Kingdom, cases of Delta variant infection double every 11 days.

His incidence in Spain

In Spain, the outbreaks that have appeared among young people are mainly due to the Delta variant and in some communities such as Madrid, the number of infections due to this variant already exceeds that of the Alpha variant. At this rate of transmission, it is estimated that by the end of August the Delta variant will be predominant in the countries of the European Union and in the United States. However, vaccines represent an important barrier to the spread of this variant. With a single dose of AstraZeneca or Pfizer vaccine, the protection against the development of COVID-19 symptoms by the Delta variant is 33%, but with the second dose of these vaccines the percentage of prevention increases to 60-70 %.

In summary, the Delta coronavirus variant is highly transmissible and exhibits more aggressive behavioral characteristics. Therefore, in our opinion, we consider that anti-COVID precautions (masks, safety distance,, …) should be maintained in risk areas and the vaccination campaign should be accelerated as much as possible.

Keys to stop the development of hepatitis C medicines apart 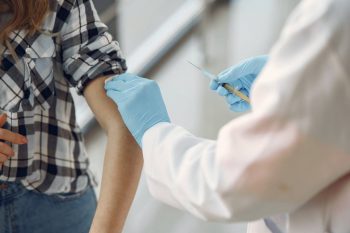 Can children be a reservoir of covid-19, because they are not vaccinated?